In 2019, France will hold the Presidency of the G7. It will be a year focusing on fighting inequality, with a renewed format.

economistjapan.com will any of japans unique additional agenda from g20 be added - soc 5.0 osaka track for true gllobal data, particular agenda japan aims to roadmap for the UNGA in september About 144,000 results


Japan's efforts for promoting the SDGs - Ministry of Foreign Affairs of ...


The latest basic direction of Japan's efforts for promoting SDGs. ➢ Japan intends ... Roadmap for SDGs,” and shared it at the 3rd UN STI Forum held on June 5-6. 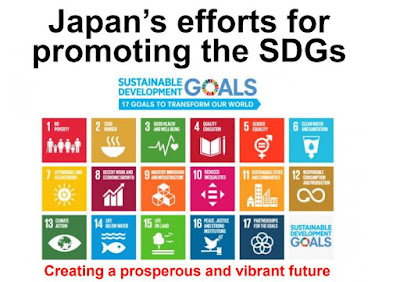 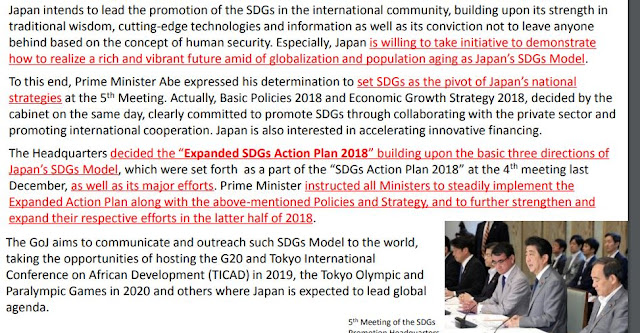 Newer Post Older Post Home
Subscribe to: Post Comments (Atom)
x an open letter to hosts of education laureates from authors of 1984's 2025report.com
we have attended some of your prize givings and nothing inspires us like those who free children with education

but our opinion in 2020s : it's impossible to live up to the legacy of those who valued children most like james grant or fazle abed- with prizes that only single out one person's team and one age range of education- of course these are inspiring but they cant flow the whole transformation of education on which sustainability will depend
one classic example of chatting to fazle abed- moocs had just arrived at the world bank around 2013 when jim kim was in charge
abed teasingly said
i get Massive - i like scaling solutions
i get Open - nobody should ever patent a life critical solution - a note my family found in von neumanns diaries when writing his biography
i get Online
but why isnt C for collaboration?
there are so many missing action skills/curricula of 2020s-and if the younger half of the world is to make transformations to health, green and education they will need network collaboration more than individual brilliance - whether its mapping how to vaccinate everyone or humanising artificial intelligence for good
towards lifelong teaching and studying
in our opinion, teachers of any age group urgently need to be freed to be curious about tech and ai- how can the age group they teach be excited about using tech to be the first sdg generation if the teachers are neither excited nor exploring whats next with #aiforgood - if instead youth are being chained to historic standard exams
moreover the most valuable skills any 19 year old can learn are now changing every 4 years; since 2015 there has been more new local data worldwide than the whole of history- how computers turn that into operational platforms will depend on what 19 year olds are free to do/connect in 2020s far more than siloised expert olders
fazle's main answer to 2020s as ultimate sdg decade, which he discussed with most asian ambassadors in his final years eg twice at dinner tables kindly hosted by japan ambassador in remembrance of my father- find at least one new university per country- make a coalition- share all courses- don't put community-engaged students in debt- start getting ai to digitally identify each students own proven digital skillsets -
- if as kerry said at innovating economics to sustain net generation goodhubsguide.com since 2006 last glasgow may be humanity's last best chance to go green - isnt it also the last best chance to free children from over-siloised education? to massively transfer knowhow for last mile services health and smart and culturally inclusive
sincerely
chris macrae
EconomistDiary.com thanks alibrac.com 1BillionGirls.com washington dc + 1 240 316 8157
ps the home capital of 5 generations of my diaspora scot family is glasgow whose university was also abed's alma mater and the start of the machine age 260 years ago- if you have any challenges or celebrations to share during glasgow cop26 we'd love to help maximise celebrating yidan prize winners or searching for nominations 2022

About Dad and Me